Unborn Child appears at a seance


On the corner of Túngata and Aðalstræti lies lot number 16. It is located down the street from the Althing House. Aðalstræti was understood to be the location of Reykjavik's very first settlement. In 2001, it was decided to excavate the area to search for evidence that supported this. Turned out that right underneath the surface were  ruins of past habitations. On the corner lot they found the city's earliest evidence of human habitation in Reykjavik which was around year 871 A.D. As you can imagine, preserving the findings was of utmost importance, so the city built a museum around the archaeological findings. 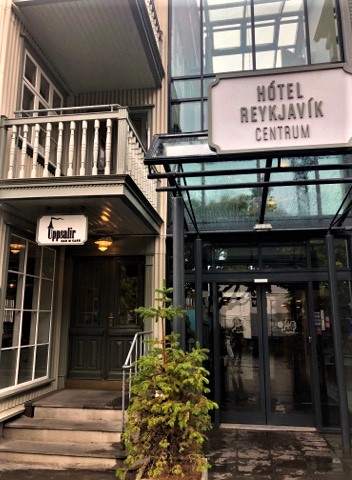 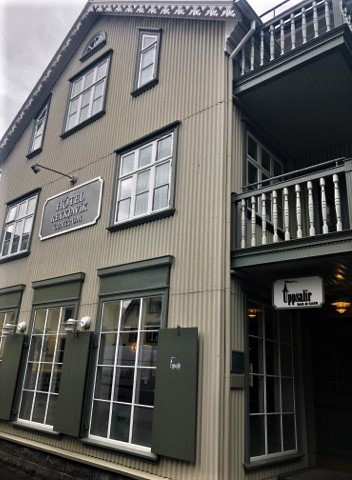 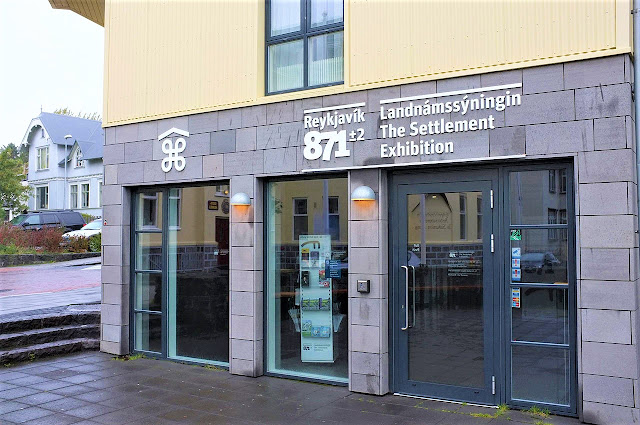 The other building on lot 16, is four star Hotel Reykjavík Centrum, which opened in 2005. Aðalstræti 16 was severely damaged in a fire in 1765, so the original building has been altered quite a bit.  It used to be the Sheriff's home and at some it also served as an elementary school.

In 1917, the famous poet and playwright  Einar Hjörleifsson Kvaran lived in the building with his wife Gíslína and their children. Einar and his wife were avid spiritists. In fact, Einar was responsible for organized spiritism in Iceland. After experiencing otherworldly phenomenon with Iceland's first medium, Indriði Indriðason, his belief in spiritsm was anchored, His belief in spiritism (the afterlife) never wavered after that. That being said, he was aware of chicanery and it was important to him to associate only with those who truly were clairvoyant. When he organized spiritism, he founded the Experimental Society (Tilraunafélagið). It was exactly what the name implied. It was founded upon discovering Indriði's abilities where they observed and experimented the phenomenon. The Society went to great lengths to make sure those involved were honest and truthful. The story of the Experimental Society is among many stories in the book I'm currently working on. This blog is a side project and mirrors the stories in the book.

The Experimental Society members would often hold meetings and séances in their homes. On a particular evening in February 1917, Einar held a séance at his home. Usually during séances, the medium goes into a trance. Once the medium is in this state, otherworldly beings (people who have died) use the medium as their mouthpiece.

The séance started out as always, with the medium in a trance and a spirit from the other side speaking through the mouth of the medium. The sitters, which are those taking part in the séance, sat in a circle with the medium. Einar and his wife Gislína were both a part of the circle. One of the visitors was Sigurbjörg Ásbjörnsdóttir (1892-1975) from Vesturgata 23. The medium looked at her and a spirit spoke through him saying there was a baby in her lap.  Sigurbjörg was not expecting that and couldn't figure out who the baby could be. She couldn't think of a child that had died and was that close to her.

The spirit then spoke explaining that the child hadn't been born yet, it was currently in a different world. The child wasn't her's, but somehow she would play an important role in taking care of it for a time. One of the other sitters was a clairvoyant lady who claimed to also see the child in her arms. A discussion about the child evolved.


Wanting to know more about this child, she asked the medium what involvement she would have in the child's life. The spirit  explained that she was to do for this child what every mother does for its own child. This would all make more sense when the time came.

One of the sitters then asked if people exist before they come to earth. With a slightly mocking tone, the spirit responded by asking if he really thought that we were first created in this casing.

Sigurbjörg walked out of the meeting pleased with what the medium had said. She was certain it meant she would become a foster parent.

The following year, on April 13, 1918, a baby girl was born on Hverfisgata 94. Her name was Ása Eyjólfsdóttir (1918-2018). In September the same year, Ása had been very sick for weeks. Her parents felt it was time to call Dr. Halldór Hansen. It had already been ten weeks since she became ill and the poor little girl was now experiencing severe vomiting, diarrhea and fever (cholerina -- a bad case of enterocolitis). After the doctor treated her, the fever subsided, but the vomiting and diarrhea persisted. The baby became so thin it was nothing but skin and bones. At six months-old, she was now the same weight as when she was born, about seven pounds.

It became apparent the baby had atrophia infantum, which is "gastrointestinal tuberculosis in children with congenital syphilis, a combination which leads to absorption and tissue atrophy."
This was a life threatening disease and Dr. Hansen did not expect the little girl to live. The only way he knew how to treat her was to feed her nutrition from mother's milk (breast milk). The only problem was that the girl had only been fed milk from a bottle.

Dr. Hansen was aware Sigurbjörg had recently given birth to her son, Pétur (July, 1918). Not wanting to give up on the little girl, Dr. Hansen had an idea. He knew Sigurbjörg had swollen milk ducts from too much milk production. He thought it would be worth a shot to ask her if she could feed the little girl, on her death bed, to give her a little strength. Sigurbjörg was happy to help and started breast feeding the little girl. It didn't take long before they saw improvements in the baby's health and three months later, she was completely healthy. She gained about half a pound a week and soon little Ása was strong enough to drink a normal portion of fluid. Unfortunately, at this point Sigurbjörg was unable to provide enough milk for the girl. They tried breast feeding the girl from two other women, but without much luck. They then tried cow's milk, which worked very well so they stuck with it.

There was no doubt in the doctor´s mind that it was Sigurbjörg's breast milk that saved the little girl's life.