Iceland has many ghosts. One is called Móri


Hólavalla cemetery is located right above the Pond (Tjörnin) in downtown Reykjavik. Between the oldest part of the cemetery and the Pond is a street called Suðurgata. The street name Suðurgata, is fairly new. It has had a few different names, among them are  Cemetery Street and Love Street.

The north end of Suðurgata meets Aðalstræti in the exact spot as my previous blog story took place. Continuing on to Aðalstræti and following the road until it turns eastward up Vesturgata, you will find yourself  in the area of some of Reykjavik's oldest turf houses. They were called Hlíðarhús, but today it is Vesturgata 24, 26a, 26b, 26c and 28. 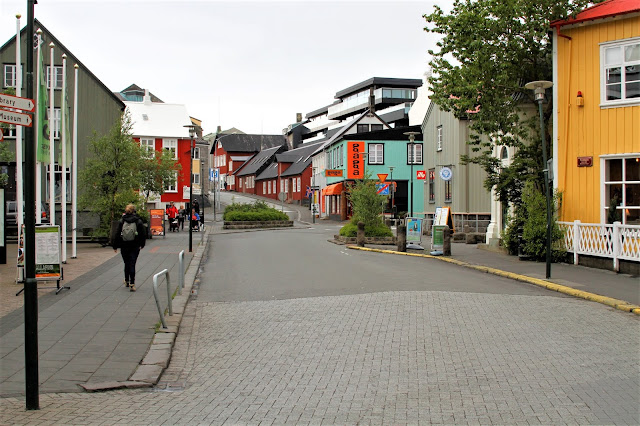 Jón Þórðarson (1818-1885), lived with his wife, Jódís Sigurðardóttir and kids in one of the turf houses on Hlíðarhús. His house was where Vesturgata 26a is today. He was a wealthy farmer, a captain and a hotshot around town. He was one of the few who owned a ship and was granted access to fish in all of Seltjarnarnes (Reykjavik peninsula).

Jón and two other distinguished Icelanders, Geir J. Zoëga and Kristinn Magnússon from Engey, were selected to attend a fish show in Bergen, Norway in 1865. Together they bought a decked ship ( þilfar) they could take fishing in Copenhagen. They named the ship "Fanny".  For several years it was the only decked ship in Reykjavik.
They were the only ones out shark fishing as well and were often able to catch an impressive amount of fish compared to other boats. But then tragedy struck. One day when their ship, Fanny, was leaving the Faeroe Islands they got caught in a terrible storm which forced their ship south of Scotland. Eventually the stormy sea broke the ship. A German ship, carrying timber from Norway, discovered them and was able save all the men onboard, but nothing else. Jóhannes Zoëga was the ship captain.

Side story:
Kristinn Magnússon (1827-1893) was from a family known to be haunted. His mother was Solveig Kortsdóttir (1796-1865) from Möðruvellir in Kjós. The haunting started with her parents, Kristinn's grandparents: Kort Þorvarðarson (1760-1821) and Ingibjörg Oddsdóttir (1761-1797).
Ingibjörg was originally from the northern part of Iceland. She was very attractive and had several men seeking her hand in marriage. She wasn't interested in any of them. Instead, she met a respectable farmer by the name of Kort. They fell in love and got married. This upset the men up north so much that they weren't going to let this go unpunished.
They decided to seek a wizard to see if they could put some kind of a spell on the newly weds. The wizard accepted their request and knew exactly what to do. He approached the body of a boy who had died of exposure after being trapped outside. While the boy's body was still warm, the wizard awakened him to a state somewhere between living and dead. When the awoke, the wizard commanded him to haunt and torment the newly weds and their descendants for nine generations.
When a male is raised from the dead for such a purpose, he is not called a ghost, but a Móri. This particular one, since the farm was located in an area called Írafell, he was called  Írafells-Móri.
The boy, which had now become Móri, never did anything horrific. He was more of a nuisance to the family. They had to feed him like they would any other adult. He would spill his food and make a big mess. Kristinn spoke often of the boy, as he called him. He never seemed to bother him, but his presence was often with Kristinn.

Back to the main story.
Jón wasn't one to flaunt his wealth. He was happiest in his modest home filled with family, friends and other guests. Their door was always open day or night if anyone needed a place to stay.
It was the norm in Reykjavik for farms to have a wake in their home.  At the end of each wake, Jón would always read the scriptures. Jón and his daughters would open and close each wake with psalms. Their home atmosphere was loving and welcoming.

Jón would often go over to Vatnsmýri to tend to his moss. Vatnsmýri is located on the southern end of the Pond (Tjörnin) and is now a beautiful park area. 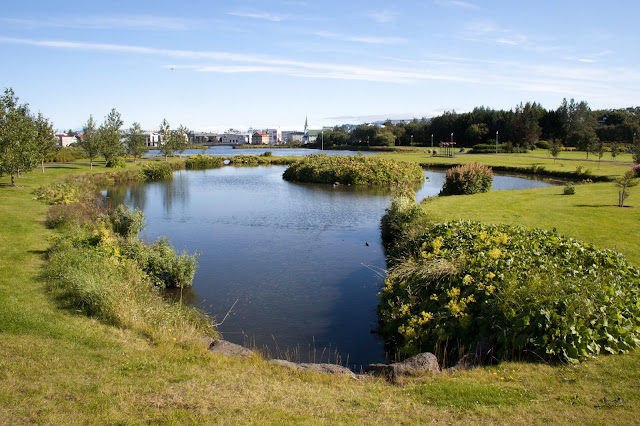 One evening, Jón left to go to Vatnsmýri to tend to his moss. To get there he walked south on Kirkjugarðsstígur (which is now Suðurgata). After tending to his moss, he took the same route home. He hadn't walked far on Suðurgata when he saw a man whom he knew very well. The man was leaning on the cemetery railing looking into the cemetery.  Jón figured they could keep each other company on the walk and started walking towards him. Jón turned his head for a split second and by the time he looked back to where the man was standing, he was gone. Unable to see the man anymore, he continued home alone.

Shortly after this strange occurrence, the man Jón saw became very sick and passed away. What made the incidence even stranger for Jón was that the man was buried in the exact spot which Jón had seen him staring at in the cemetery.