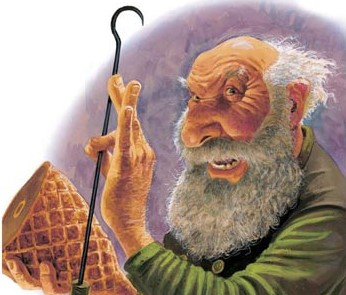 On the night before December 23nd, Meat Hook, the twelfth Yule Lad, comes to town.
This Yule Lad always has a hook with him. He uses it to snatch the meat hanging from the ceiling or hangikjöt (hanging meat).
Meat Hook had mastered his technique quite well. He is good at hiding near the kitchen where he lies in wait. As soon as the meat is finished and put out on the table, he uses his long hook to snag the meat.
Back in the day, he would lower his hook down the chimney and with some impressive maneuvering, it would latch on to the smoked lamb hanging from the rafters. Sometimes he even managed to snatch the lamb put out on the table.
Meat Hook returns home on January 5th. 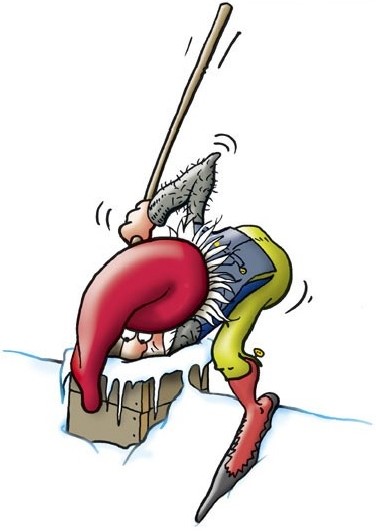 DOOR SNIFFER - POEM
by Jóhannes úr Kötlum
translation by Hallberg Hallmundsson
Meat Hook, the twelfth one,
his talent would display
as soon as he arrived
on St. Thorlak's Day
He snagged himself a morsel
of meat of any sort,
although his hook at times was
a tiny bit short. 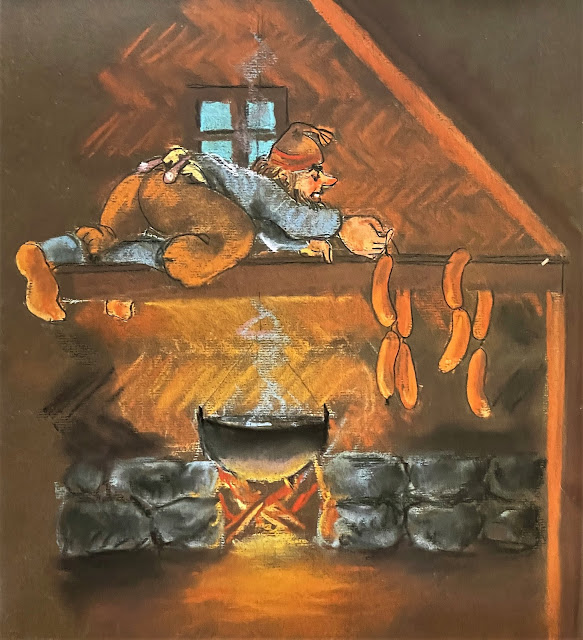 Meat Hook was a fancier of mutton well-smoked.
Sitting by the chimney top when darkness fell,
he looked down the chimney, and if he saw meat
deftly sent his hood down for his favourite meal.
The people on the farm gave a hue and cry
seeing their Christmas dinner flying away.