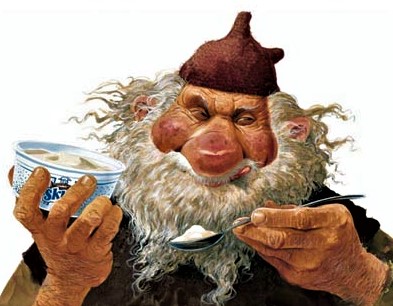 On the night before December 19th, Skyr Gobbler, the eighth Yule Lad, comes to town.
Skyr can be considered the Icelandic version of Greek Yoghurt. Back in the day, butter was a highly valued currency. But, butter was only a small percentage of the milk, so they had to figure out a way to store the rest of the milk, they couldn't just throw it away.
After the creamy part had been scraped off, they stored the remaining milk in form of skyr. See below video on how to make skyr at home.
When Skyr Gobbler gets hold of Skyr, he eats until it hurts. It's his all time favorite and he doesn't know how to stop until it's all gone.
Skyr Gobbler returns home on January 1st. 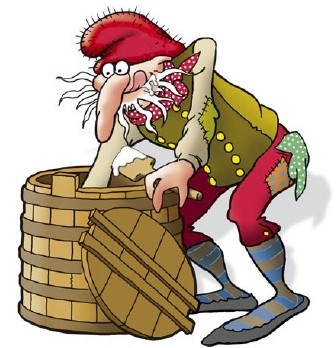 SKYR GOBBLER - POEM
by Jóhannes úr Kötlum
translation by Hallberg Hallmundsson
Skyr Gobbler, the eighth,
was an awful stupid bloke.
He lambasted the skyr tub
till the lid on it broke.
Then he stood there gobbling
- his greed was well known -
until, about to burst,
he would bleat, howl and groan. 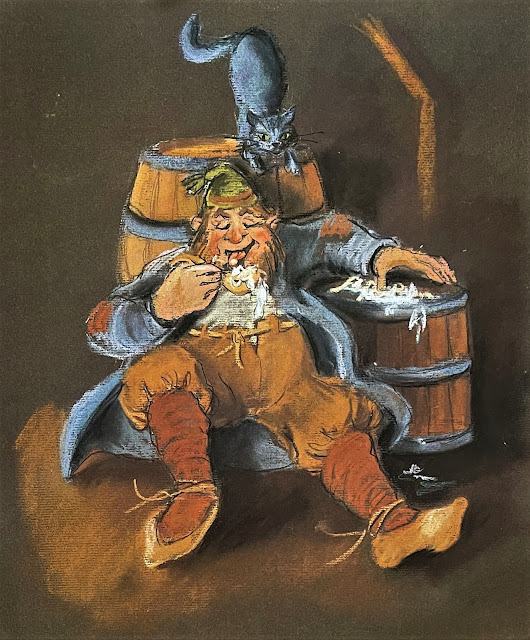 Skyr Gobbler was greedy for good food
and often sat on the roof beam in the larder.
When the door to the larder closed
he stole down and had himself some skyr.
Some of it of course landed on his clothes
and his beard became all spotted with the stuff.
The residual liquid after Skyr separation is delicious to drink. It's quite tarty and an acquired taste, yet delicious. It is sometimes used instead of wine or vinegar in cooking.
Email Post
Labels: Christmas