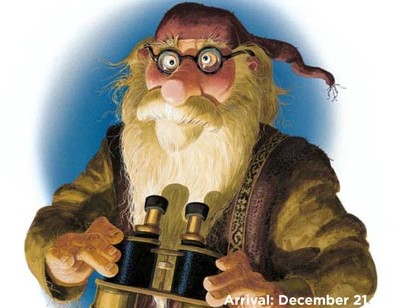 On the night before December 21st, Window Peeper, the tenth Yule Lad, comes to town.
Before breaking into your home, Window Peeper looks through your window searching for something to steal.
If you have blinds or curtains, make sure to keep them closed tonight. It may feel a bit creepy and scary to find this Yule Lad's face plastered on your window on a dark cold night.
Window Peeper returns home on January 3rd. 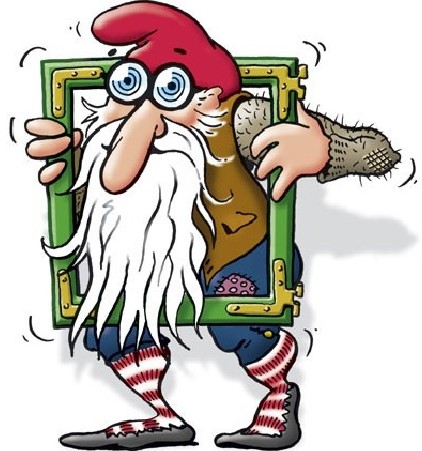 WINDOW PEEPER - POEM
by Jóhannes úr Kötlum
translation by Hallberg Hallmundsson
The tenth was Window Peeper,
a weird little twit,
who stepped up to the window
and stole a peek through it.
And whatever was inside
to which his eye was drawn,
he most likely attempted
to take later on. 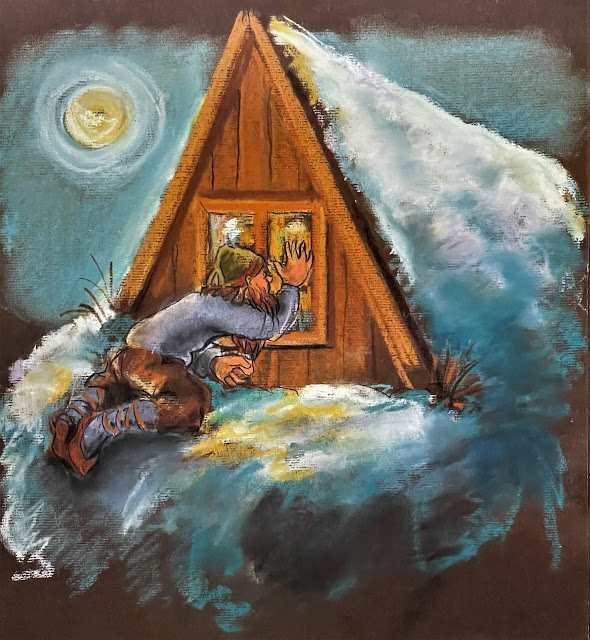 Window Peeper was a very curious fellow
he visited most farms and took a look inside.
Lying at the windows he made faces at people,
and if somebody saw him he just gave a laugh.
The children fled in haste to escape the sight,
for he really had an ugly face.
Email Post
Labels: Christmas