(Stekkjastaur)
On the night before December 12th, the first of the yule lads comes to town.
On the Eve before, all the children put their shoe in their bedroom window in hope he will bring them something sweet or neat. The gift all depended on how nice you had been.
The first yule lad to arrive is Sheep-cote clod. Back in the day he would sneak into the barns and harass the sheep. He was especially known for stealing the milk by sucking on their yews. However, this was a little difficult for him, because he had two stiff peg-legs.
It was the norm to keep the sheep indoors or underground during the winter months. When the people at the farm heard the bleating (loud cries) from the sheep, they knew Stekkjastaur had arrived.
Stekkjastaur goes back home on December 25th. 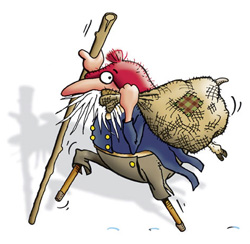 The Sheep-Cote Clod poem
by Jóhannes úr Kötlum
translation by Hallberg Hallmundsson
The first of them was Sheep-Cote Clod.
He came stiff as wood,
to prey upon the farmer's sheep
as far as he could.
He wished to suck the ewes,
but it was no accident
he couldn't, he had stiff knees
- not too convenient 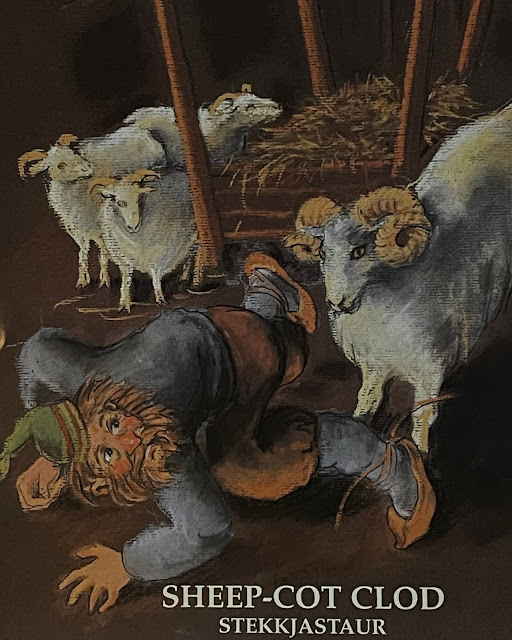 When this clumsy fellow entered the sheep-cot,
he gave the sheep no peace nor rest.
He was having such great fun
until the ram came up to check on the intruder
and went straight for the Lad, butting Sheep-Cot Clod into the muck
Email Post
Labels: Christmas