(Giljagaur)
On the night before December 13th, Gully Gawk, the second yule lad, comes to town.
Gully Gawk hides in the gullies. He is waiting for the opportunity to sneak on to the farms and steal the cow´s milk.
Once everyone has gone to sleep, he breaks into the cowshed to steal the milk. His favorite part is the cream on top. This was highly unfortunate, because this was the part used to make Skyr.
Gully Gawk goes back home on December 25th. 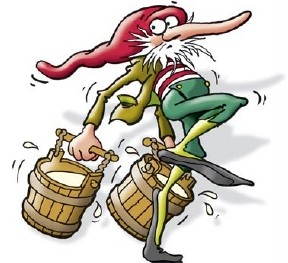 The Gully Gawk verse
by Jóhannes úr Kötlum
translation by Hallberg Hallmundsson
The second was Gully Gawk,
gray his head and mien.
He snuck into the cow barn
from his craggy ravine.
Hiding in the stalls,
he would steal the milk, while
the milkmaid gave the cowherd
a meaningful smile 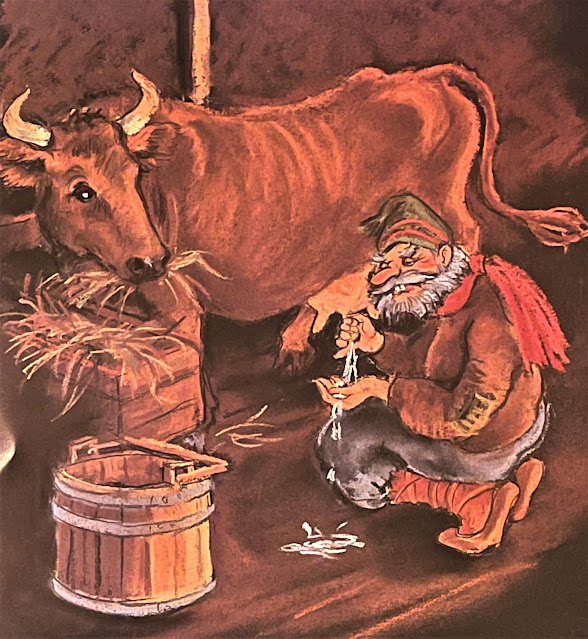 Gully Gawk slid silently into the cowshed,
saw the bull and didn´t want to come closer.
Looking into every corner he didn´t see a soul
and thought he might try and get some milk.
He took hold of a teat, and milk ran into his palm,
but the cow was annoyed and gave him a kick.
Email Post
Labels: Christmas