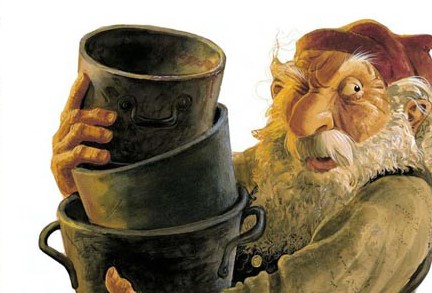 On the night before December 16th, Pot-Scraper (aka Pot-Licker), the fifth yule lad, comes to town.
He steals dirty pots and licks the leftovers. He has a big tongue and skillfully licks the pots shiny clean.
It's important that the children finish their food, so Pot-Scraper doesn't come and steal their leftovers. Wasting food was not an option, especially in the winter months.
Pot-Scraper returns home on December 29th. 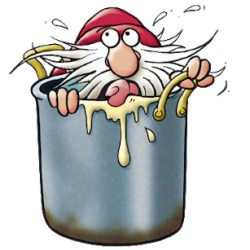 POT-SCRAPER - POEM
by Jóhannes úr Kötlum
translation by Hallberg Hallmundsson
Pot Scraper, the fifth one,
was a funny sort of chap.
When kids were given scrapings,
he'd come to the door and tap.
And they would rush to see
if there really was a guest.
Then he hurried to the pot
and had a scraping fest. 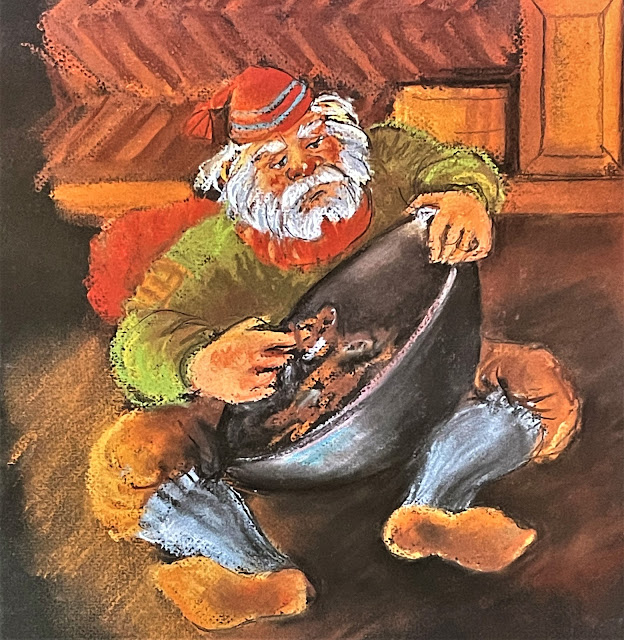 Pot Scraper had a nimble hand
with nice big pots of burn-on food.
Snatching them out of the farm girls' hands
he scraped the pots with all his might.
And with a many a pot he spent so long,
he probably scraped a hole right through.
Email Post
Labels: Christmas